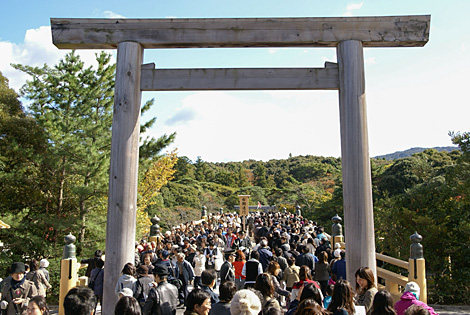 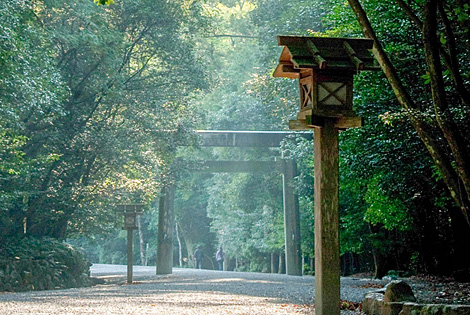 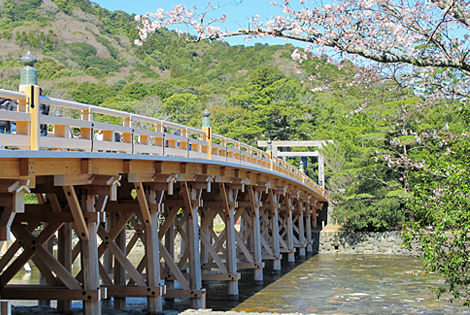 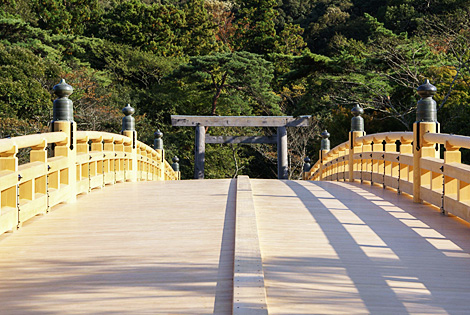 (one way)
Ise Shrine (Ise Jingu) Naiku (Kotai Jingu)
Pass Oharaimachi and the large "torii" (Traditional Japanese gate) at the Ujihashi Bridge and reach the Ise Shrine Naiku, or "inner shrine". Believed to enshrine The Amaterasu Omikami (Great God considered to be the god from which the imperial household of Japan descended from), is hands-down the most classic spot in Ise and also popular for being a "power spot", a spot that grants its visitors good luck.

The main sanctuary, done up in the ancient Japanese architectural style of "yuitsu-shinmei-zukuri". is a must-see. The roof is made of thatched reed and topped with 10 logs (katsuogi) and four finials (chigi) cut flat at the tip, and the towering appearance of the sanctuary exudes extreme power.

Visitors can also see Aramatsurinomiya, a subsidiary shrine considered to be the ranked the highest. The God here is believed to be active and powerful. Ledgend says that visitors should stop by when seeking help or troubled.
All information posted here are as of January 14, 2016.
Please be aware that current information may differ from contents posted.
Open in Google Maps