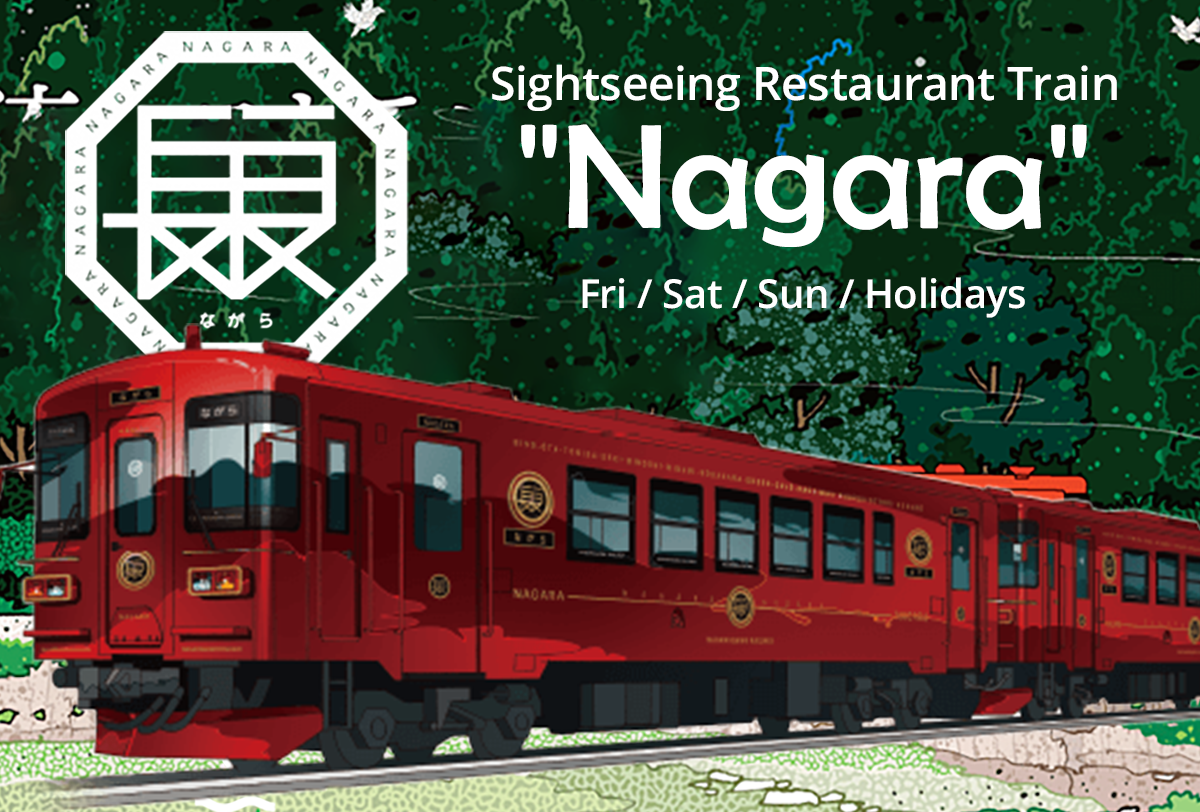 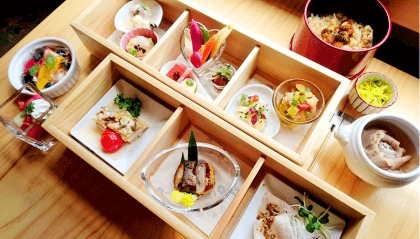 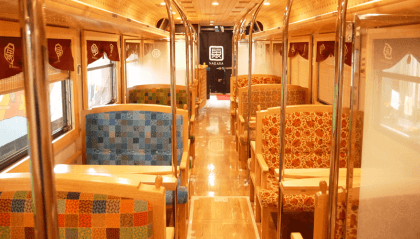 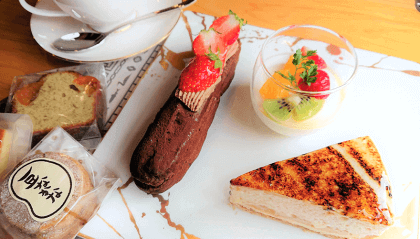 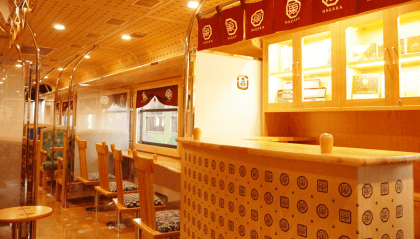 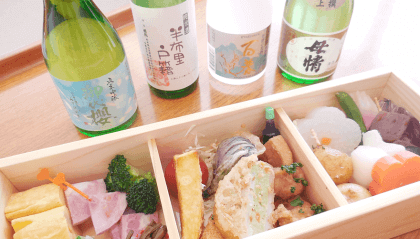 The sightseeing train "Nagara" runs in the middle of Japan,
upstream of the Nagara River in Gifu Prefecture. 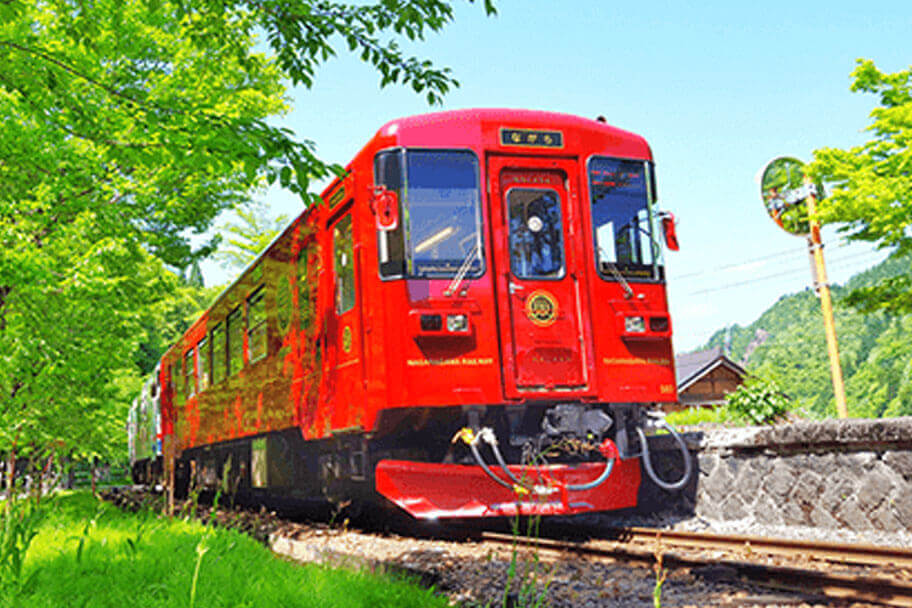 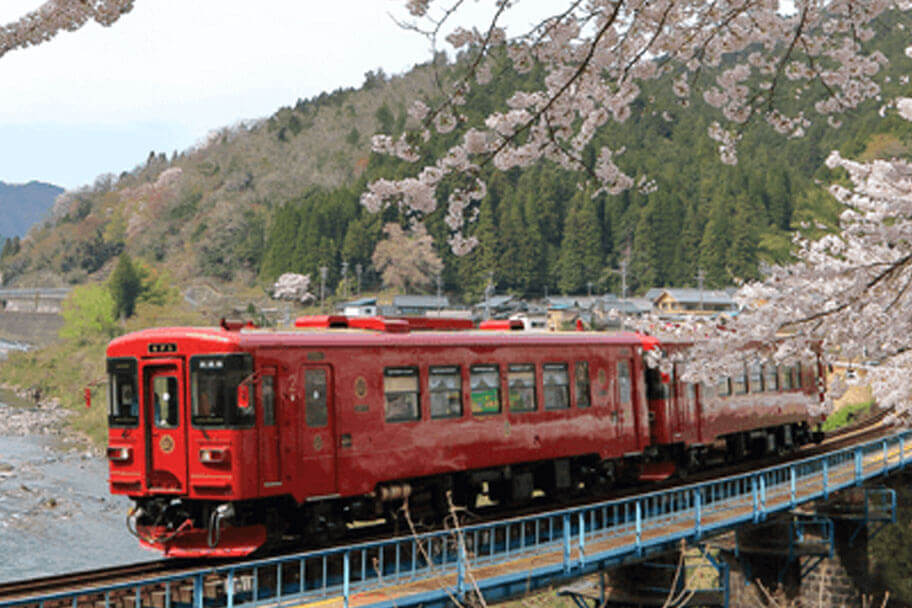 “Nagara” is designed by Mr. Eiji Mitooka, an industrial designer who has worked on numerous trains including “Natsutsuboshi in Kyushu”.
The exterior of the train is Royal Red, which looks great in the scenery along the Nagara River, and the interior uses full of wood from Gifu prefecture.
Enjoy not only the scenery but also the workmanship scattered throughout the train.

Eiji Mitooka born 1947 in Okayama Prefecture is a Japanese industrial designer.
JR Kyushu's station and train he designed appeared in the public eye.
He won the Brunel Award of United Kingdoms, and many of Japanese awards.

Inside the Nagara Ayu-go Train 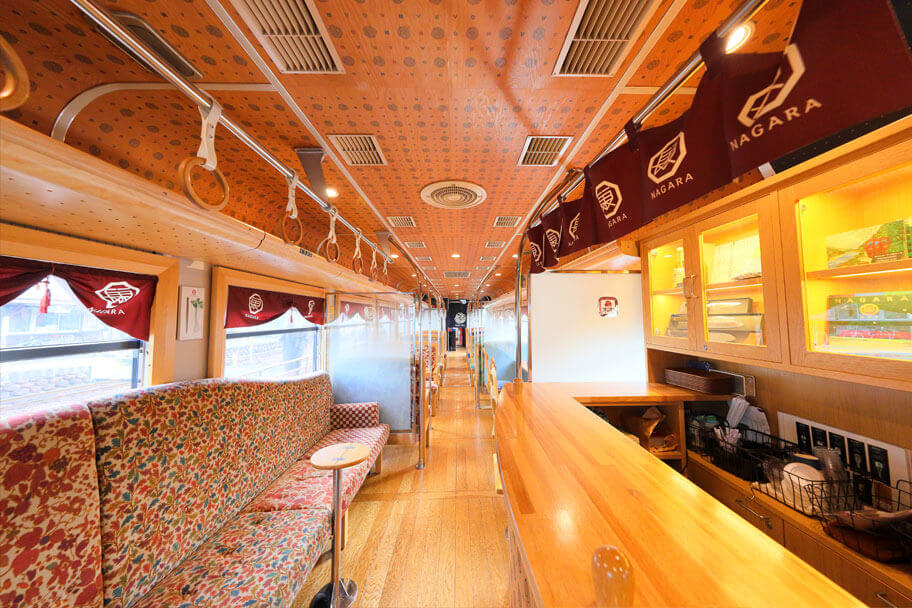 Inside the Nagara Mori-go Train